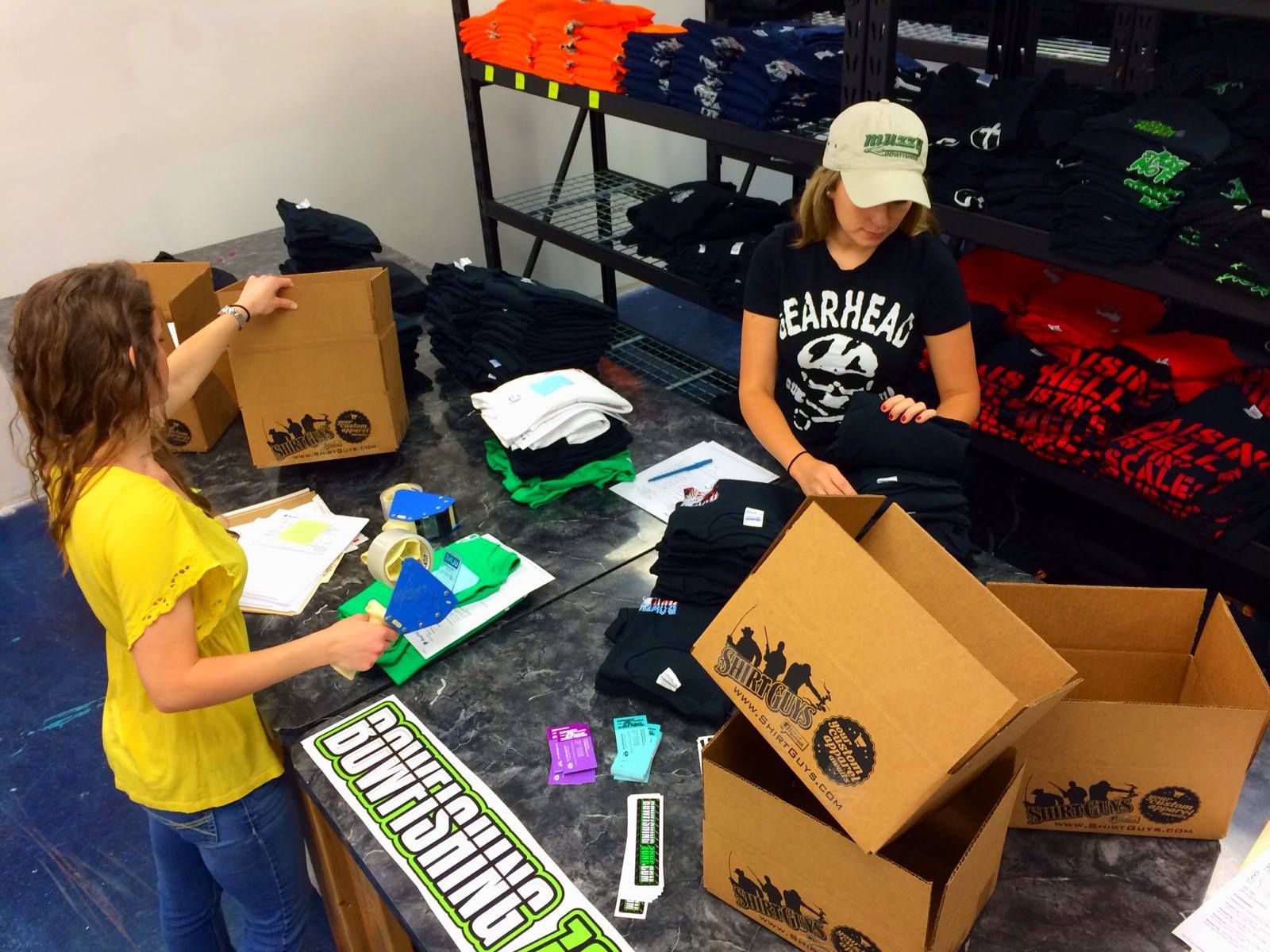 Sharing a glimpse of the girls, hard at work getting orders shipped out to anxious customers! 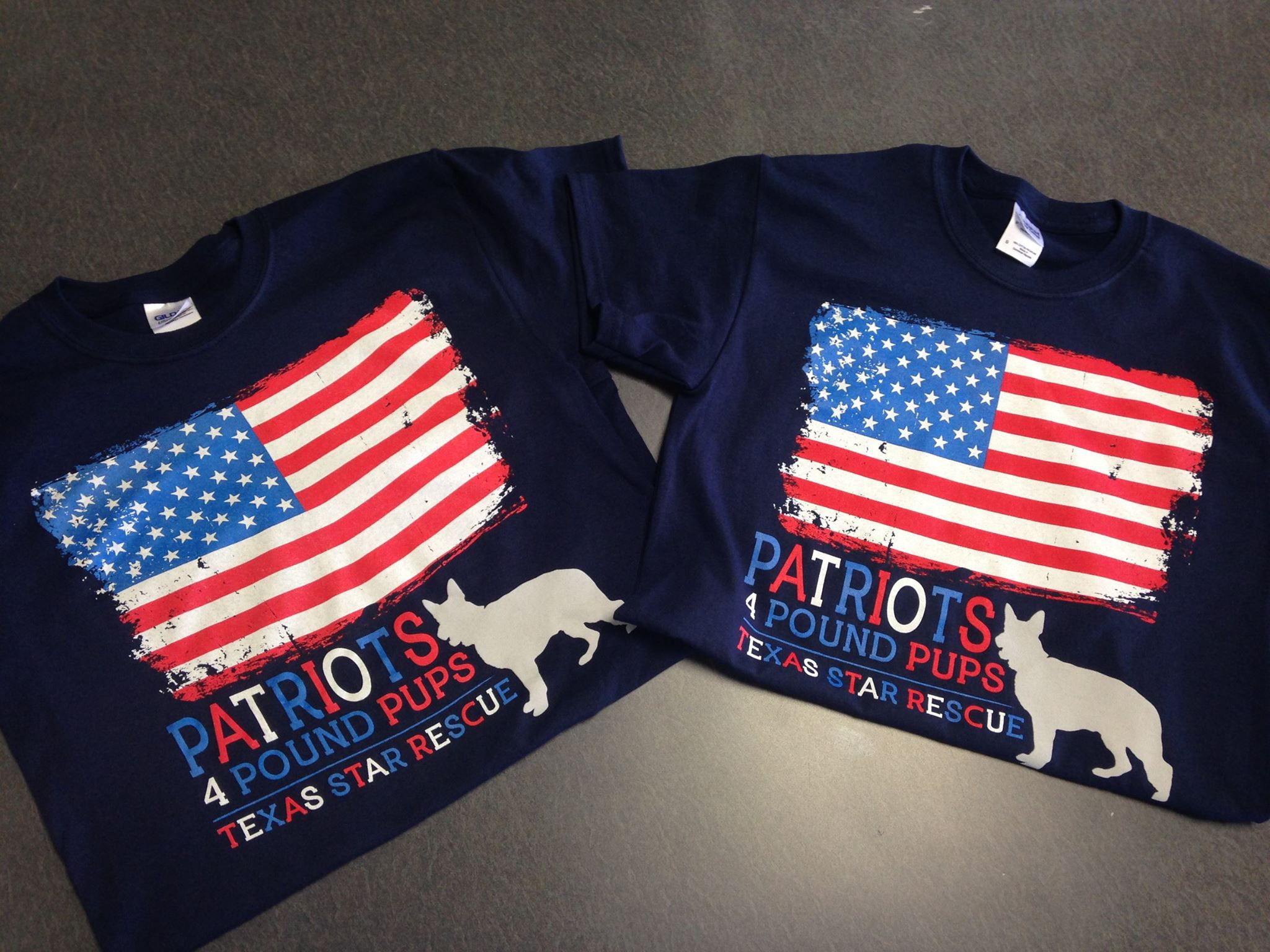 This cool design is for a Non Profit Organization, they made the shirts in order to show their support for the troops and local Police Department! Great way to show your sentimental ties to a organization! 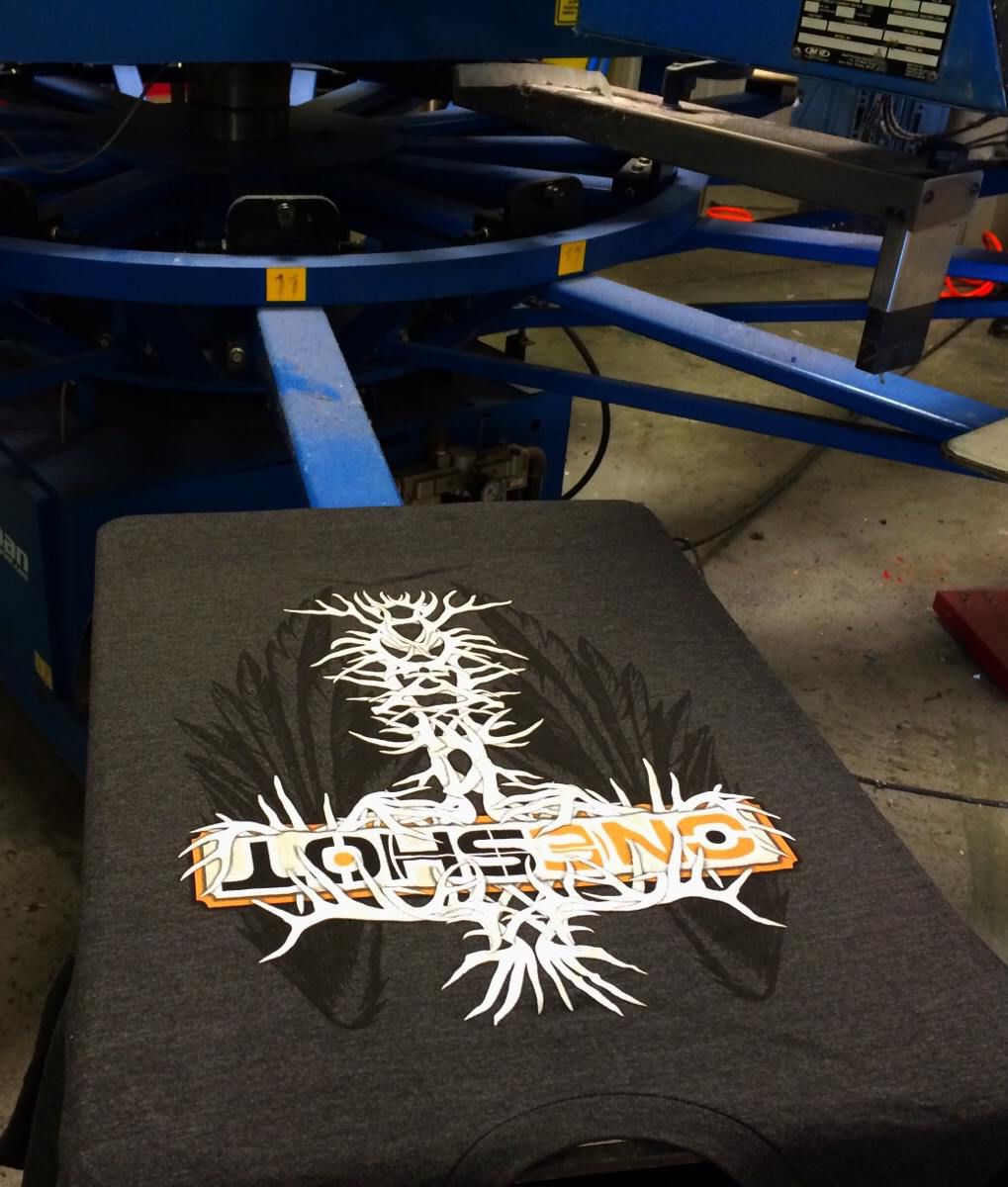 Here at NDesigns, we believe in pursing our dreams and ambitions. Gary Stanley From Oneshot TV is a great example of this! We printed up the OneShot shirts, a product of Gary’s dream & ambition. Check out the cool artwork! Art credit goes out to Darin Sims from Studio D .
OneShot also has a scholarship opportunity for those who are interested.
Want to learn more?http://www.oneshotoutdoors.com/

Featured below is a great example of our 3M laminated die-cut stickers, great for the outdoors and will last for up to 6-9 years. A shout out to Woody-Wire Bowfishing Braid for their business! 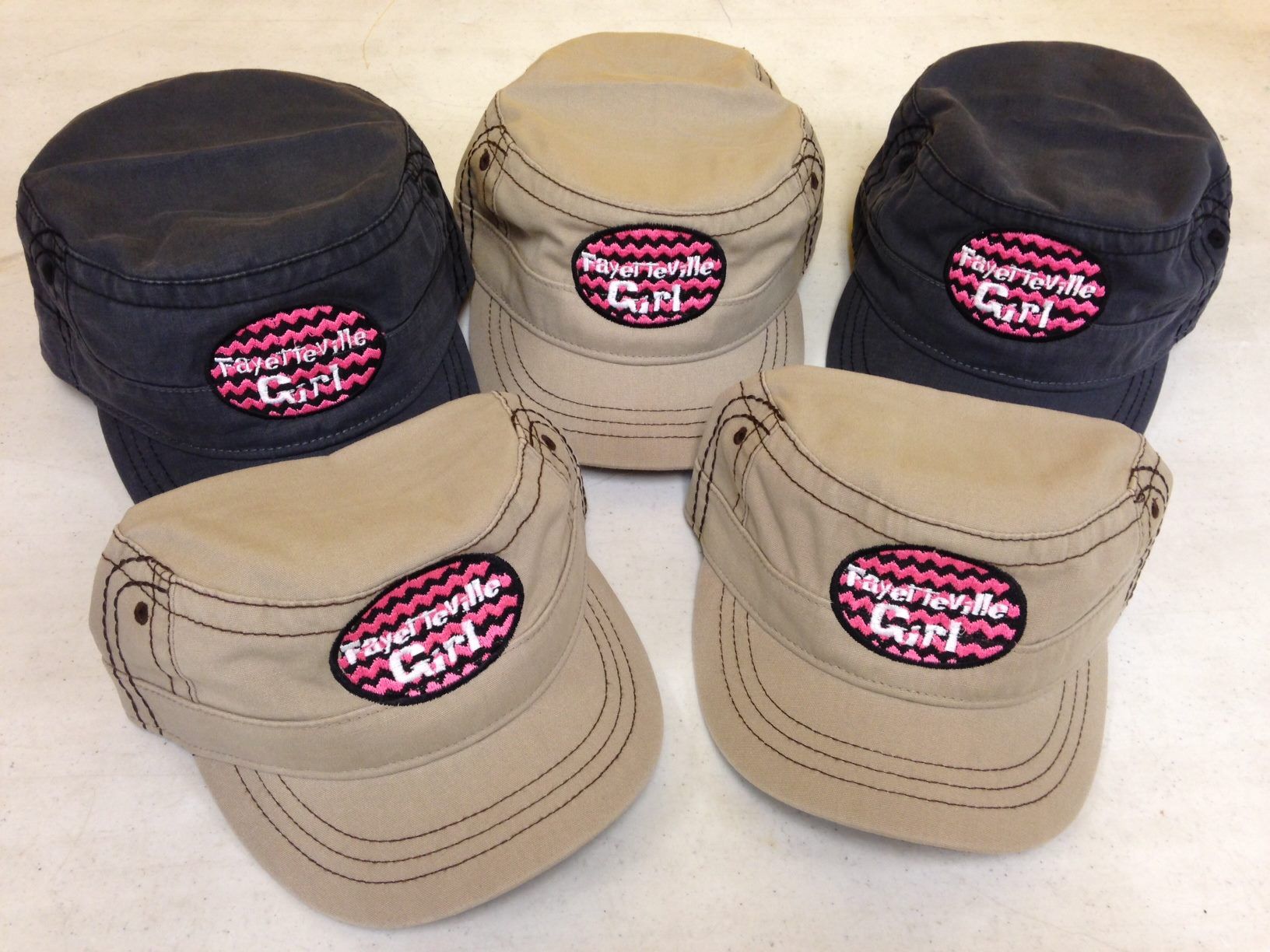 Need something to hold your hair in place this summer as you ride around with the top down? These cadet hats are comfy and trendy! Chevron is a huge hit right now and it turned out great embroidered! 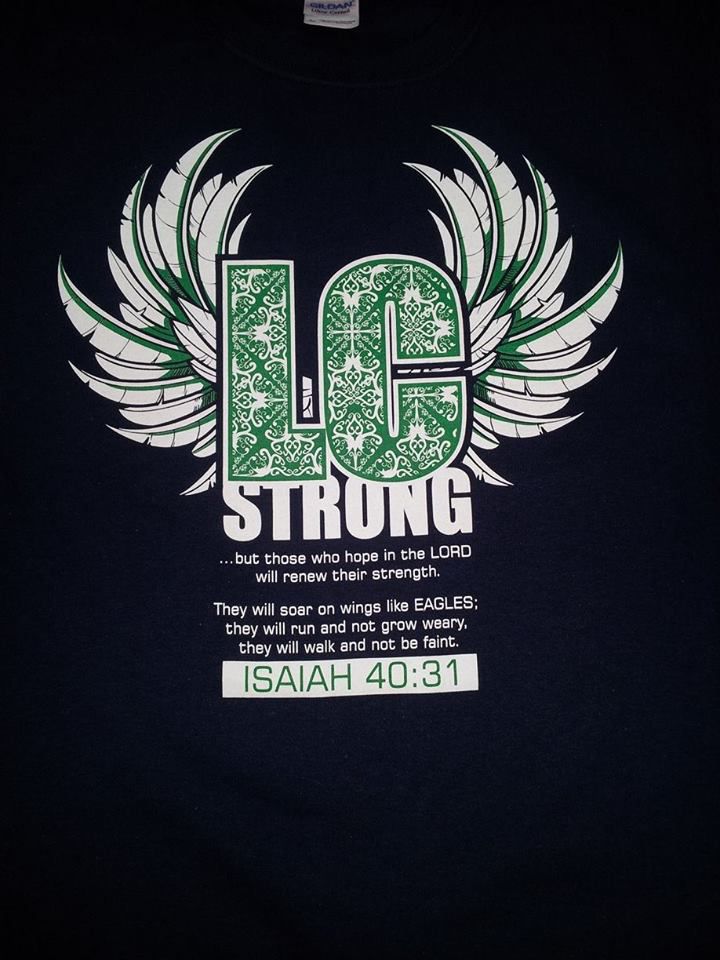 This is more than just a t-shirt; it’s a story of hope and the representation of a community’s strength to come together and help one another. The storms of April 28th, 2014 will never be forgotten. Johnny Collins, owner of the Fayetteville Sonic, is selling these shirts in order to raise funds to help support those who suffered from the tornadoes. Any little bit will help. Already Johnny, along with the help from friends, family and community members, has raised $6000.00 for the local schools. His goal is to reach 10K. Tomorrow night there will be a benefit at Lincoln County High School to help raise more funds. There is a blue/ white game and various local artists will be putting on a concert from 5-9pm. There is a link at the bottom for more information. Feel Free to stop by and show your support! 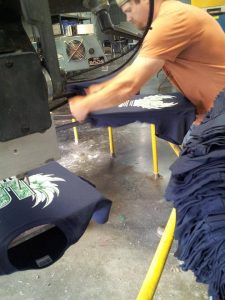 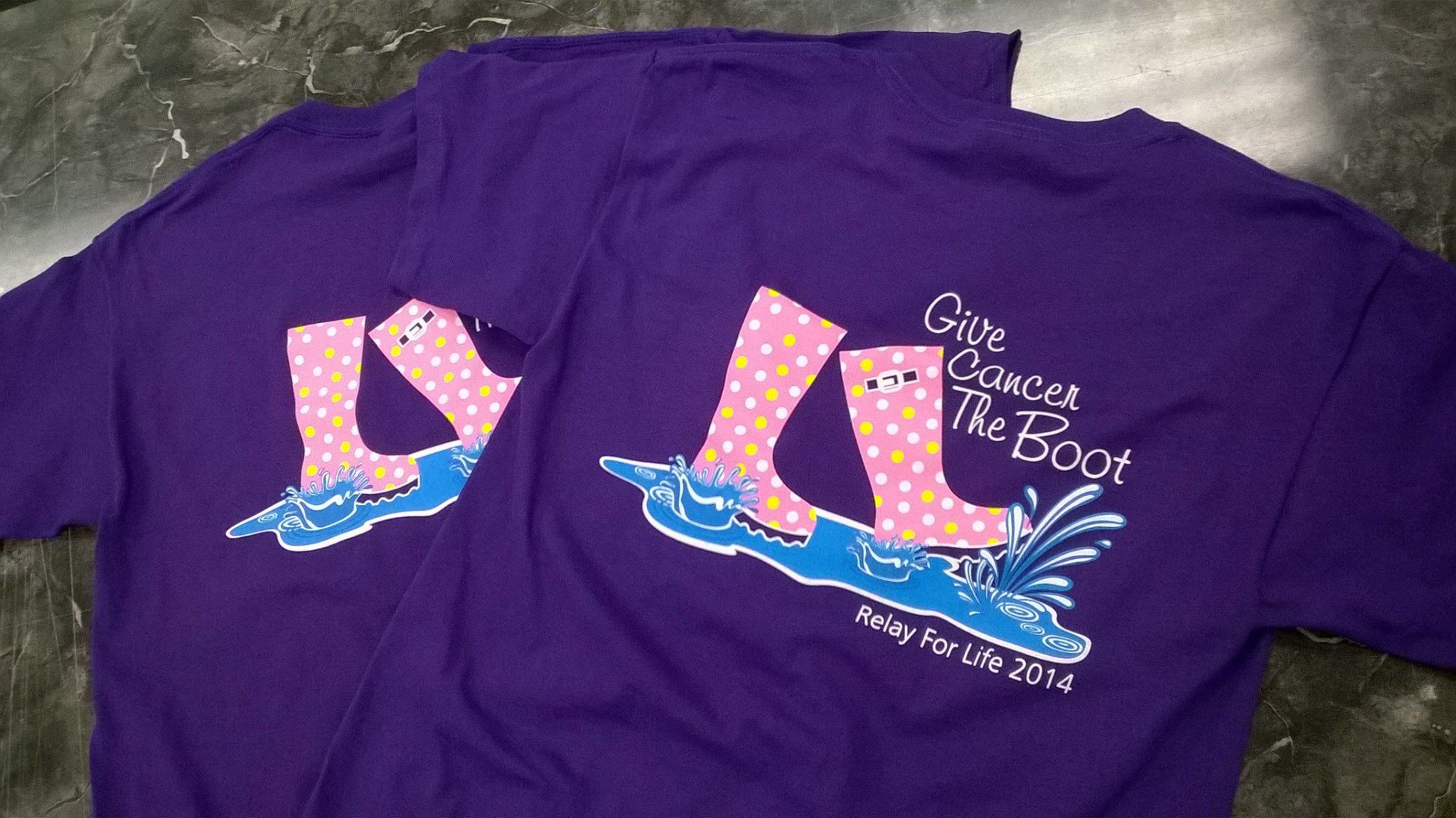 We have made some great Relay for Life shirts this past month! Here is one we did for a team participating in the Lawrence Co. Relay for Life in June. How cute is this?! 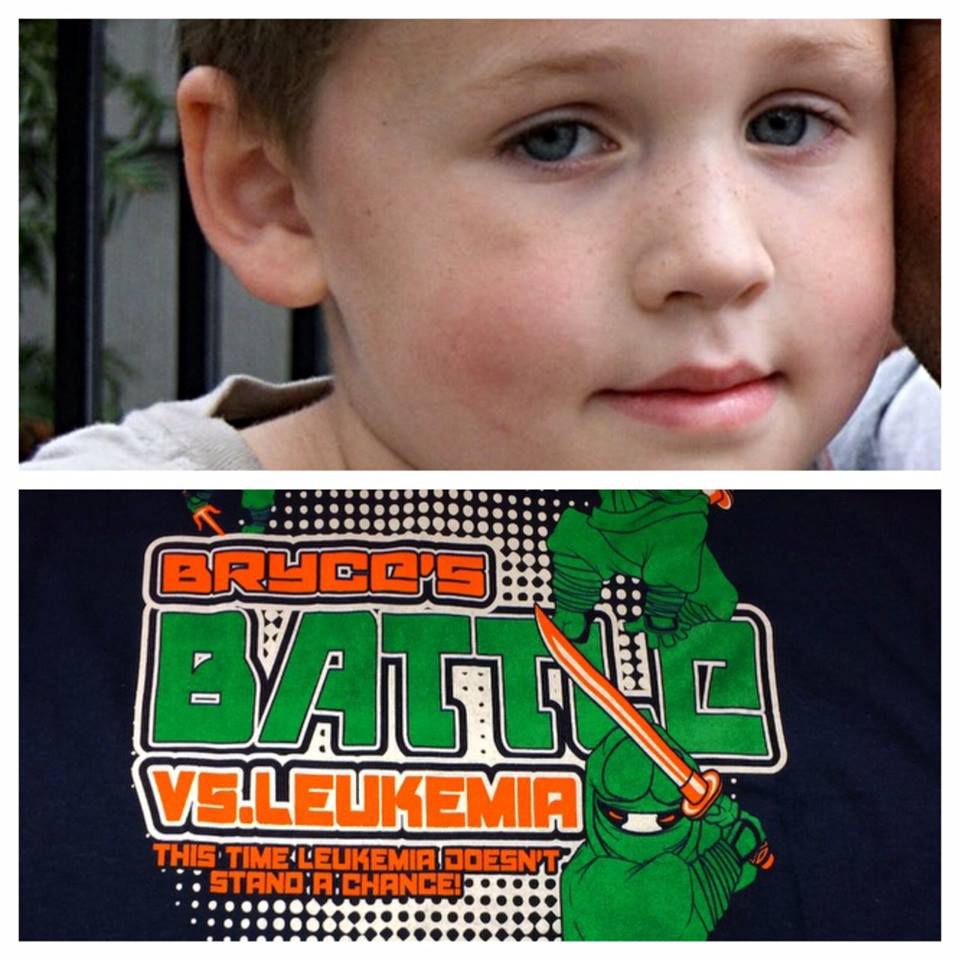 Joshua Tillman has a 5 year old son, Bryce, who was recently diagnosed on Dec. 31, 2013 with B cell Acute Lymphoblastic Leukemia and was admitted for treatment at Vanderbilt Children’s Hospital in Nashville, TN . Josh’s close friend’s daughter, Grace, is currently in remission for the same type of leukemia Bryce has. Three years ago, she was diagnosed & we made the
Amazing Grace T-Shirts for her. Grace’s parents referred Josh to us, and told us all about Bryce’s battle, and we were very happy to design a special shirt just for him.
Bryce is currently fighting hard to be a normal kid and he refuses to let anything slow him down. He is currently undergoing weekly treatments of high-dose chemotherapy and is waiting on a suitable match for an upcoming bone marrow transplant. Bryce is a fighter, though, and is always in high spirits. His love for the ninja turtles has made it rather easy to be physically active while acting like a ninja himself; it also helped to inspire this awesome t-shirt design.
His story will be aired on Nashville’s News Channel 5 tonight at 6 pm. Hope you will tune in! You can also follow Bryce
on Facebook at: https://www.facebook.com/groups/brycesbattle/ – and donate
much needed funds at http://youcaring.com/brycesbattle.